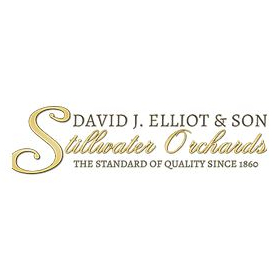 David Osborn came to California in the 1850s, right on the heels of the Gold Rush, and settled on the delta of the Sacramento River. Recognizing the area’s prime growing conditions, he ordered pear trees from the nearest available supplier; France.

They arrived in 1860, and Stillwater Orchards was born. Word of the magnificent fruit from those trees soon spread. It is said that stern wheel riverboats full of miners would pull up to Stillwater Landing, where the miners would start bidding for pears before the paddles stopped turning.

Gold was plentiful and pears were as rare as rubies, often resulting in individual pears being traded for an ounce of gold ­ over $20 for a few bites of this rare and delicious new fruit!

?Today, the Elliot family still packs a premium box of fruit, as the next generation of Elliot’s continue the tradition of excellence.
Practices
We have focused our efforts on sustainability, social responsibility and providing our customers with the highest quality fruit both nationally and internationally. We have incorporated organic farming practices in the last few years and plan on continuing to expand our organic orchards.