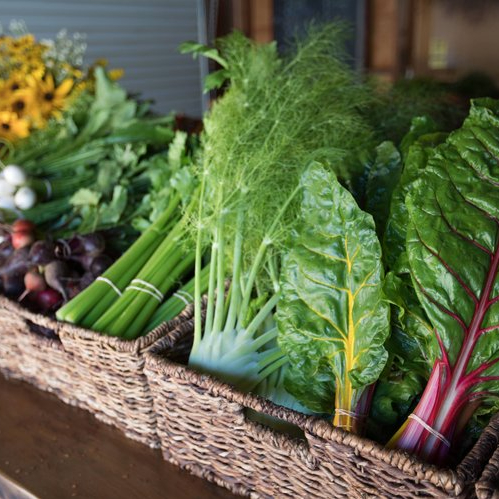 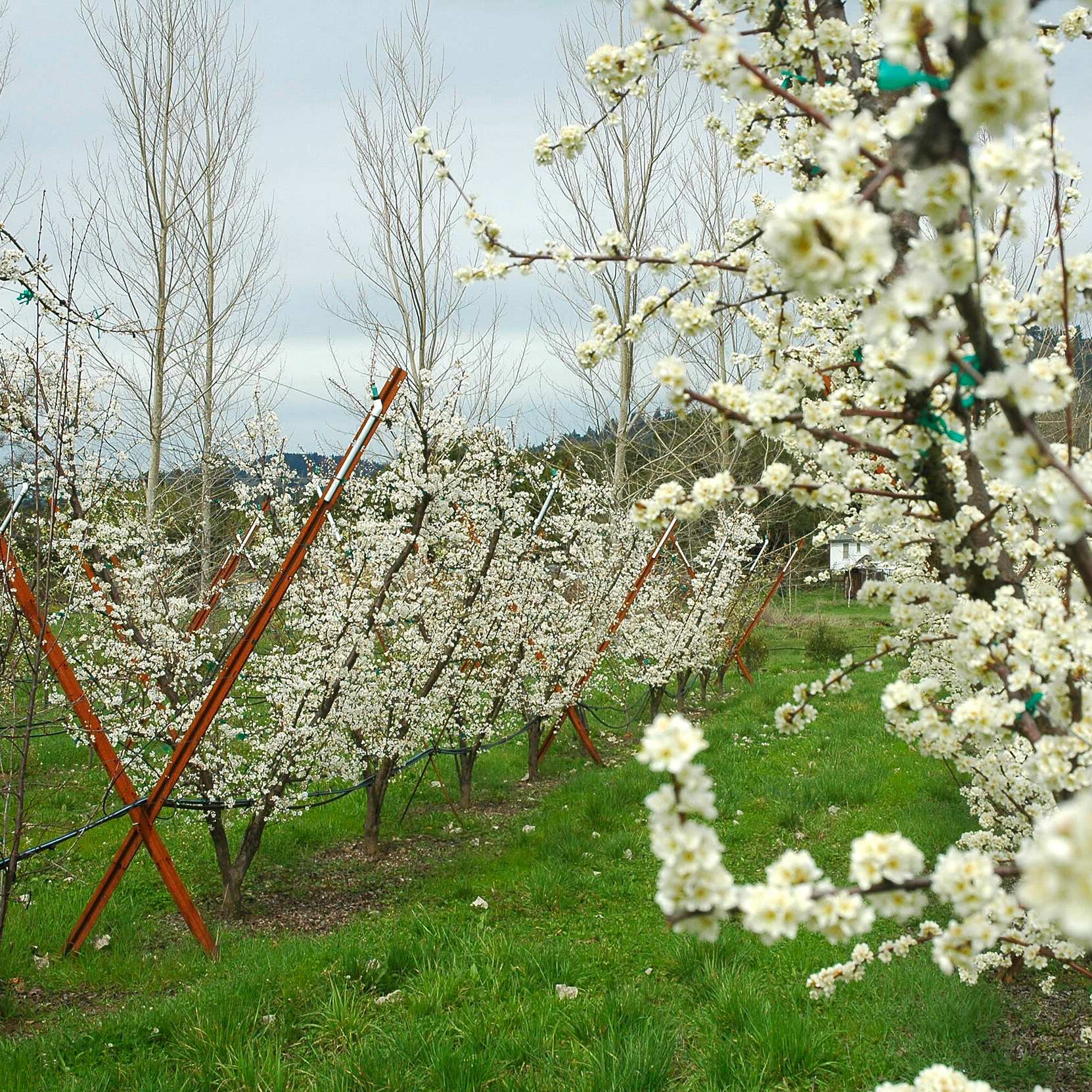 Situated between mixed coniferous forest of redwood and fir to the west and oak woodland to the east, Filigreen borrows from both climatic zones to house a diverse range of cultivars. The farm was originally homesteaded by the Farrer family in 1906, following European colonization. The Farrers ran a dairy and produced hops, apples and alfalfa, along with seasonal vegetables for sale at their roadside stand. In the late 1980s the property was developed as a Biodynamic apple orchard, and then in 2000 was donated to the Yggdrasil Land Foundation, who leased the land to Filigreen Farm, LLC. A conservation easement held by the Anderson Valley Land Trust assures its use for organic and Biodynamic agriculture in perpetuity.

Biodynamics is a holistic, ecological and ethical approach to agriculture that seeks to manage the farm as a living, breathing, self-sustaining organism. The practices integrate scientific understanding with a recognition of spirit in nature.

Today, the farm takes its cues from the larger ecosystem in which it sits. Chris and Stephanie Tebbutt, who now lead Filigreen Farm, ensure most inputs are sourced on-site and continually experiment with new cultivars, rootstocks, training methods, and nursery techniques that give the farm the independence it needs for intensive production. Year-round experimentation and research are core elements of the farm’s mission. Six other families participate in the working life of the farm, four of whom reside at Filigreen.

Anderson Creek, a major tributary of the Navarro River, bisects the farm. Over the past 30 years, the Tebbutts have undertaken extensive stream bank stabilization efforts. This stretch of the creek now offers a model for other at-risk riparian lands.

Production crop diversity and a range of cultivars within those crops extend the harvest season as well as their associate flowering and fruiting cycles. Hundreds of other plant species give the bees and local wildlife food and shelter.
Practices
Filigreen’s fertility program is a central feature of its Biodynamic practice. The farm cultivates on-site nutrient sources in a variety of ways with the goal of farming the land as a self-sustaining organism. Learn more about Filigreen’s carbon farming efforts.

Cover crop experimentation brings a balance of qualities to the soil. Sown in orchard rows and fields, these cover crops grow and flourish throughout the farm’s winter dormancy. In spring the plants are turned under, relinquishing these diverse qualities and augmenting soil fertility.

Azolla, an aquatic fern, has replaced the farm’s need for imported manure in compost production. This nitrogen-rich plant has long been used as a biofertilizer in traditional Asian agriculture and Filigreen has assigned two ponds to its production for use in various ways around the farm.

In addition to a high nitrogen content, azolla is known for its pronounced capacity to sequester carbon at a rate of six tons/acre per year. Its proliferation in the Arctic Sea over an 800,000-year period of the Eocene brought a drawdown in atmospheric carbon from 1,000ppm to 280ppm. The cooling effect of this 80% drop in atmospheric carbon is believed to have triggered the beginnings of the plant and animal life we know today.

Compost comprises the heart of Filigreen’s soil health program. A year’s growth of farm and pond gleanings are windrowed into 70-foot heaps, layered with azolla and inoculated with Biodynamic preparations. In-house compost teas also contribute to Filigreen’s fertility. The tea is brewed in one of three large underground amphorae, and then brought to life with rhythmic stirring and aerating.

The farm’s soil health practice remains an area of experimentation and development. Its ultimate purpose is to provide nourishment to the soil, supporting a diverse array of crops while magnifying nature’s capacity to regenerate.

Filigreen Farm experiments with water as a living substance, and as a vehicle and carrier of various dynamic forces. By working with water dynamics, Filigreen endeavors to harness water potency and utilize this force in tandem with its Biodynamic practices.

These handmade concrete features at the farm rhythmically circulate water in a figure-of-eight pattern, creating an inward spiraling clockwise vortex and then an anti-clockwise vortex. A naturally flowing river elicits similar activity and form.

Studies of spring water show it bearing a refined hexagonal structure. Water spun in vortices moves towards this natural shape, becoming more conductive and alkaline. The action of the vortex is therefore central to Filigreen’s treatment of water as a living substance.